Here's How Turmeric Can Improve Your Life

Turmeric is one of the most popular spices nowadays, and there’s a good reason why. Besides giving our food a nice flavor, turmeric can also treat numerous health problems, which was verified by more than 7000 studies. It has been used in the ancient Ayurveda medicine for centuries as a natural remedy against toxicity and blood poisoning, and for other health problems as well.

According to a legend, when Jesus was born, three wise men from the East brought him frankincense, myrrh and gold. The last gift may have been turmeric which was often used at the time and just as valuable as gold. Besides being mentioned in the Bible, turmeric has been used for more than 2 millennia as a spice and natural remedy as well. 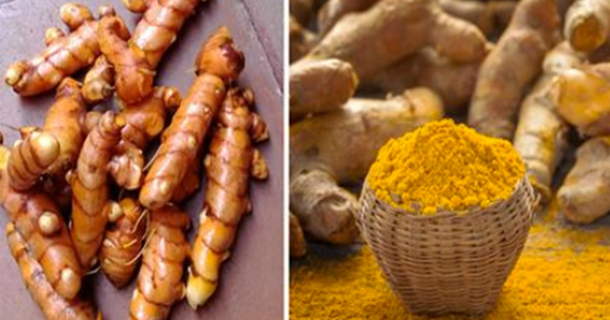 The golden-colored spice has a tangy flavor and offers numerous health benefits. It was given to people suffering from blood poisoning, with court healers treating poisoned kings with the spice. Although it was used in the past for a long time, conventional medicine has recognized the potent benefits of turmeric only recently. In the past 30 years, doctors from all over the world have finally recognized the medicinal benefits of the spice.

Here are the main health benefits of turmeric:

Treats cancer
According to a UCLA study, the main active ingredient in turmeric, curcumin can block an enzyme that promotes cancer. 21 patients in the study suffering from head and neck cancer were given 1000 mg. tablets of curcumin. After evaluating the results, the scientists concluded that curcumin inhibits the activation of certain enzymes that promote cancer, which prevents the spread of the harmful cells.

Turmeric is a powerful antioxidant agent which can fight free radicals in the body that are often the main cause of cancer.

A powerful anti-inflammatory
Dr. Randy J. Horwitz from the University of Arizona wrote a scientific paper praising the health benefits of the spice. He considers it one of the most powerful anti-inflammatory compounds, and cited several studies done on rats with rheumatoid arthritis which was stopped after the administration of turmeric. According to some studies, curcumin can also reduce the symptoms of uveitis, inflammation in the middle layer of the eye. Other studies have found out that the golden spice can also prevent kidney inflammation and infections.

Treats osteoarthritis
Turmeric can treat different kinds of arthritis including osteoarthritis which can be quite painful. According to one study, turmeric works just as good as Ibuprofen against this type of pain without the side-effects of the drug.

Treats digestive problems
Curcumin can boost the production of bile in the gallbladder which can effectively boost digestion and treat numerous problems. According to studies, it can treat excess gasses, bloating and stomachache, and will also reduce the risk of IBS.

Treats heart disease
According to studies, curcumin can reduce the accumulation of plaque in the arteries, in that way preventing the development of several cardiovascular diseases.

Treats diabetes
A recent research has shown that consuming turmeric every day can regulate your blood sugar levels and treat and prevent diabetes.

Promotes mental health
Turmeric can relax your mind and improve your mental clarity. Some studies suggest that the spice can be used to prevent dementia, Alzheimer’s disease, depression, epilepsy and tardive dyskinesia.

Here are 7 turmeric recipes you should incorporate in your daily diet:

Turmeric kefir
Add a teaspoon of turmeric in a cup of kefir and enjoy the drink.

Preparation
Squeeze the lemon in a shot glass first, then add the salt and turmeric and mix well. Drink the shot fresh on an empty stomach for best results.

Ingredients
A cup of grated turmeric
4 cups of veggie broth

Preparation
Mix the ingredients and simmer them on low heat for 15 minutes, then strain the big chunks of turmeric and add a bit of black pepper for improved bioavailability.

Preparation
Boil the water first, then add the turmeric and leave the mixture to simmer for about 5 minutes. Once done, strain it and add the other ingredients sans the honey, which should be added when the tea has cooled down.

Preparation
Just mix everything in a pot and warm up the mixture for a minute or two.

Turmeric scramble
Make your favorite scrambled eggs and add a pinch of turmeric to make them even healthier.

Preparation
Mix everything in a blender and drink the smoothie fresh.